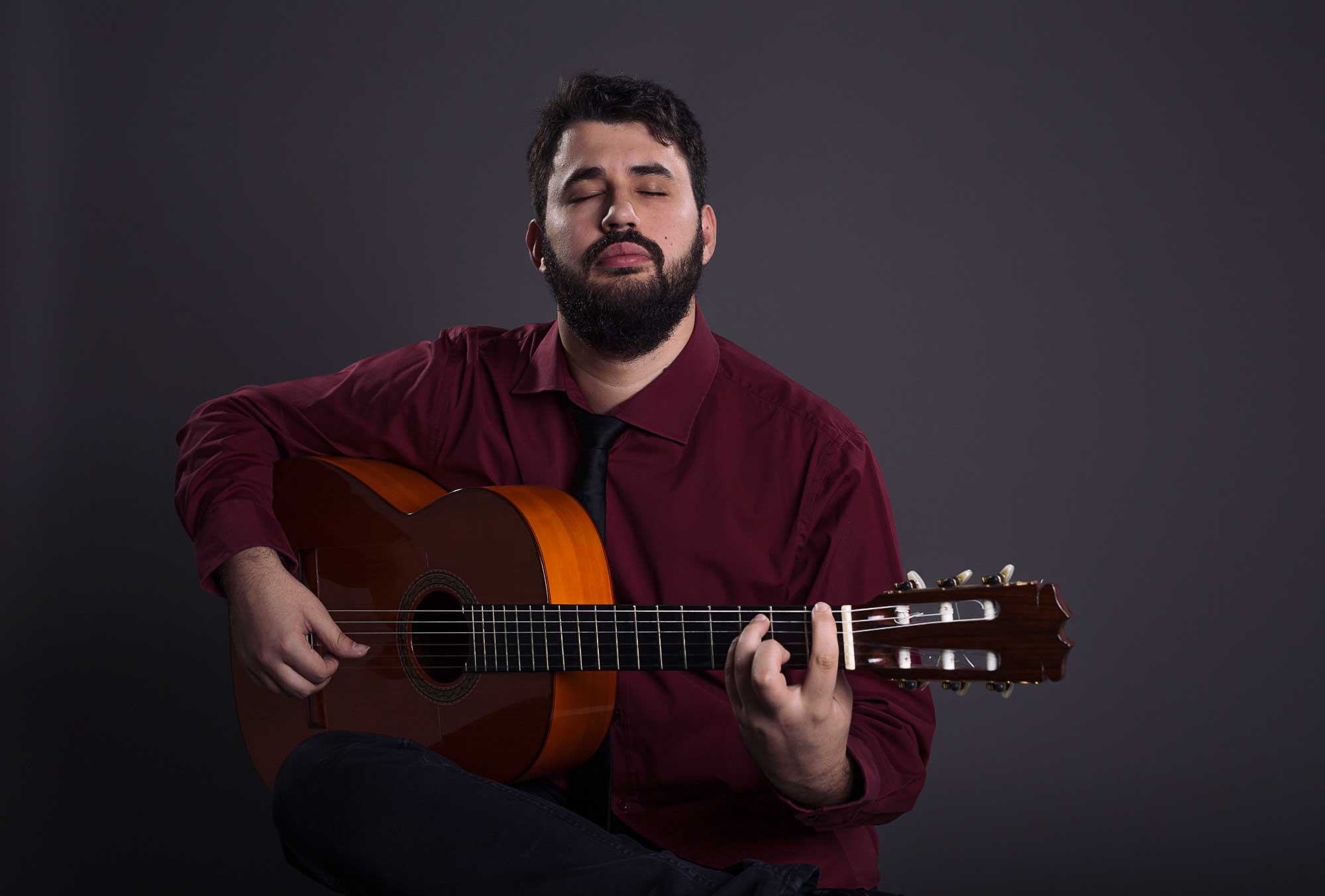 Juan Antonio López started playing the guitar at age 13 in a self-taught way. A year later he took part in the Flamenco guitar competition in l'Hospitalet de Llobregat (Barcelona), being a finalist and winning the corresponding second prize. He kept wandering around the clubs of l’Hospitalet accompanying and listening to many flamenco singers. In 2008 he started to work in different theatres like the Auditori de Cornellà and Teatre Joventut, accompanying the singing and dancing of many artists.

In February 2017, he performed as a soloist in the Auditori de Barcelona (Pau Casal Hall) accompanied by a cobla, a jazz trio and the pianist and composer Joan Díaz, playing works by Bill Evans. He had already carried out this project with guitarist Niño Josele and the Cobla Sant Jordi.

For over two years he has been offering performances with his guitar project, a show performed as a sextet, with his own works. Since then he has performed on different stages, participating in several festivals such as the Vesprades de Tardor in Centelles, the Festival Fringe de talento emergente in Torroella de Montgrí, the Ethno Catalonia in Banyoles or the Festival de Jazz de l'Ametlla del Vallès.